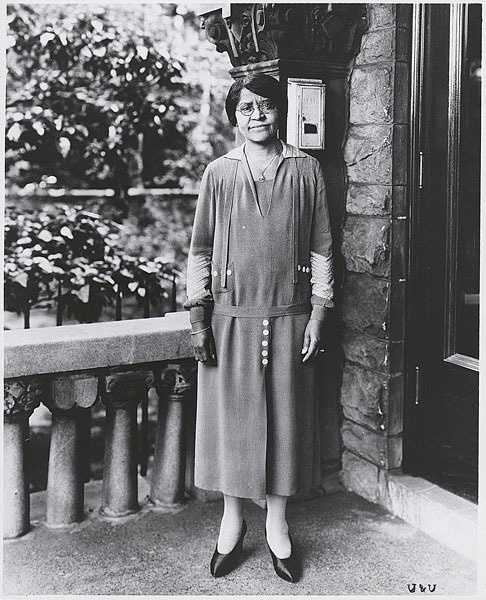 Annie Turnbo Malone is considered to be one of the first African American millionaires in the country for successfully developing hair and marketing products in St. Louis, Missouri.

Malone was born on August 9, 1869 in Metropolis, Illinois and was the 10th of 11 children. Malone’s parents died when she was young and she was raised by her oldest sister. Malone did not graduate from the high school she attended, but she found a passion, which was chemistry.

Malone used her chemistry skills to develop hair products to straighten African American women’s hair without damaging it. Malone realized she needed to be in a larger market to sell her product, which prompted her to move to St. Louis in 1902 when business began to boom.

Since Malone was denied access to regular distribution channels because she was black, Malone traveled from door-to-door and business picked up steadily. Malone’s company went national after glowing feedback at the St. Louis World’s Fair in 1904.

In 1914 Annie Turnbo married Aaron E. Malone, a St. Louis school principal. By the end of World War I, she was a millionaire and one of the most successful black women of her time. Malone was extremely generous with her money and helped a variety of African American organizations and charities, including the St. Louis Colored Orphans Home.

Malone established Poro College in St. Louis in 1918. The cosmetology school and training center offered black women a place to advance themselves. The facilities also housed Malone’s business operations and served as a place for the African American community to gather for various civic functions.

Malone’s financial status was put at risk in 1927 when she filed for divorce and her ex-husband demanded half of her business. The dispute resolved in a settlement and Malone continued to face issues due to the stock market crash in 1929 and the numerous lawsuits she had to fight. That did not deter Malone from continuing to give back to the community. The St. Louis Orphans Home was renamed after her in 1946 and is now the Annie Malone Children and Family Service Center. The street on which the center is located was renamed Annie Malone Drive in her honor.