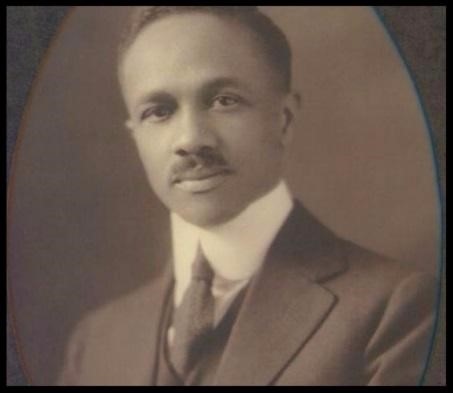 This week, we would like to highlight the first African-American Certified Public Accountant, John Wesley Cromwell, Jr. A remarkable man with an incredible mind, one cannot appreciate his journey without mentioning his father – John Wesley Cromwell – who was born into slavery in 1846 before his family was able to purchase their freedom and move to Philadelphia in 1851. John Wesley Cromwell certainly set quite the example for his son (and has a remarkable history of his own), who found inspiration in his father’s achievements and went on to not only accomplish great things, but to educate and equip younger generations to realize dreams of their own.

Please enjoy the following background from the National Association of Black Accountants (NABA);

In 1921, John W. Cromwell, Jr., became the first Black American to earn the designation of CPA. His father was the chief examiner for the U.S. Post Office, and also an attorney, teacher, and political activist.  Cromwell's older sister, Otelia, was the first Black alumna of Smith College and went on to earn a Ph.D. in English at Yale. He graduated Phi Beta Kappa from Dartmouth in 1906. While there, he quickly developed as an excellent student, specializing in mathematics and astronomy, winner of the Thayer Prize in Mathematics and graduating as the best student in science in his class. A year later he completed his master's degree there.

The biggest barrier for blacks in becoming a CPA was the experience requirement: to become a CPA, you had to work for a CPA.  However, most firms would not hire Black people claiming that their clients would not tolerate a person of color being involved in their financial affairs. As a result, after finishing at Dartmouth, Cromwell returned home to Washington D.C. and became a mathematics teacher at Paul Laurence Dunbar High School, one of the most prestigious Black high schools in the country at the time. Then, in 1921, New Hampshire passed legislation enabling candidates to obtain their CPA license without an experience requirement. Cromwell traveled to New Hampshire to take the exam. Remarkably, fifteen years passed, following Cromwell's graduation, before he became a CPA.

After becoming a CPA, he continued to teach high school while practicing accountancy in the District of Columbia. He worked almost exclusively within the Black community, serving lawyers, churches, restaurants, and funeral homes. In 1930, he became comptroller of Howard University. By the early 1960s, John Cromwell was still the only Black CPA in the District of Columbia - some 40 years after he earned his license. When NABA was formed in 1969, there were only 169 Black accountants in the entire country. Today, there are over 5,000 Black CPAs and the numbers are steadily growing. Although that is a low number relative to other professions, we are making great strides in raising awareness, providing access to education, and offering support and resources to help our members sit for and pass the CPA exam.