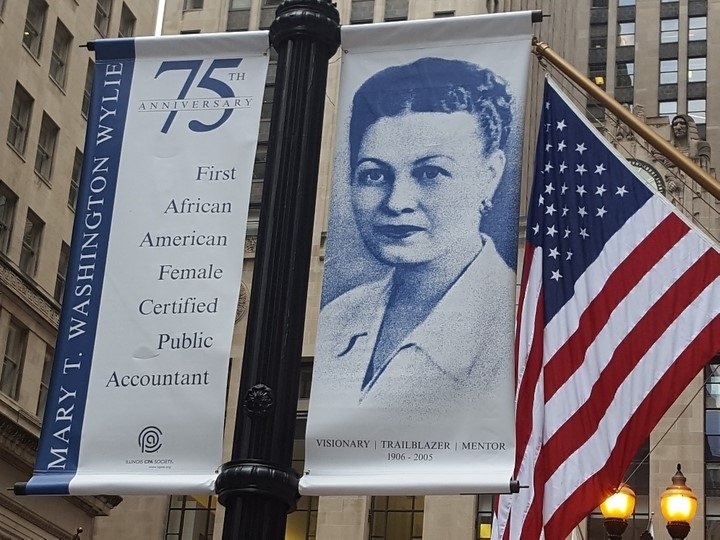 In order to honor Black History Month this February, The Sharp Financial Group would like to shine the spotlight on African-American trailblazers in the accounting and financial industries. We will be highlighting a different individual each week, in order to celebrate their accomplishments and pay tribute to their legacies.

We’d like to kick off the month with Mary T. Washington Wylie - the first female African-American Certified Public Accountant (CPA) - who started her own firm and inspired generations of African-American CPA’s. The following article from www.cpapracticeadvisor.com was written to honor the 75th anniversary of her CPA designation achievement.

Seventy-five years ago, Mary T. Washington Wylie (1906 – 2005), became the first African-American, female certified public accountant (CPA) in the nation. In doing so, she became a visionary, trailblazer and mentor, inspiring other young African-American CPAs and paving the way for generations to come.

To honor the 75th anniversary of her becoming a CPA, the city of Chicago has officially declared Sunday, September 30 as Mary T. Washington Wylie Day throughout the city. The official proclamation, signed by Mayor Rahm Emanuel, coincides with the display of light post banners in Chicago’s Loop (LaSalle St. from Jackson to Adams and on Jackson Blvd. from Wells to Clark) provided by the Illinois CPA Society, to mark the occasion and honor a true pioneer in the accounting profession.

A native of Chicago, Mrs. Washington Wylie earned her undergraduate degree from Northwestern University. In 1939, when virtually no firms would hire African-Americans or females, let alone an African-American female, she began her own firm in a basement on the South Side of Chicago where she opened doors for future generations of African-American accountants to follow in her historic footsteps.

Her accounting practice, known today as the Chicago firm of Washington, Pittman & McKeever, LLC, one of the largest black CPA firms in the country, is now combining forces with Mitchell Titus, carrying on her legacy.

“When we think about how hard it must have been for Mary to break through the barriers she faced and still succeed in becoming an accountant and the first African-American female CPA, we should all celebrate her spirit, drive and determination as a true trailblazer,” said Todd Shapiro, President and CEO of the Illinois CPA Society. “Her passion and devotion to others’ development serve as a cornerstone for changing the culture and diversity of our profession – and while there is still much work that needs to be done, we are proud to have her as an inspiration and a powerful example to follow.”

As a tribute to her legacy, on what would have been her 100th birthday in 2006, Lester H. Mckeever Jr., along with the Illinois CPA Society and the CPA Endowment Fund of Illinois established the Mary T. Washington Wylie Opportunity Fund. Donations to the fund support programs and opportunities that promote diversity and strengthen the accounting profession.

To learn more about her legacy, please click the following link to support the internship preparation program established in her honor, https://www.icpas.org/future-cpa/college-students/MTWWProgram.