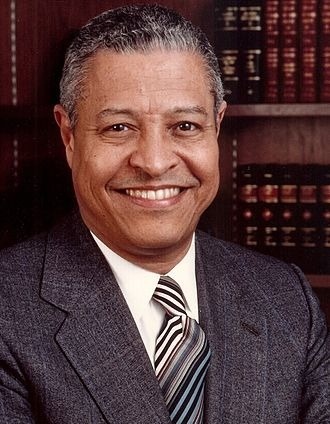 Clifton Wharton Jr.: A Pioneer In Radio, Business And Education

To honor Black History Month this February, The Sharp Financial Group would like to shine the spotlight on African-American trailblazers in the financial services industry. We will be highlighting a different individual each week, in order to celebrate their accomplishments and pay tribute to their legacies.

Have you ever known anyone that attended Harvard at 16-years-old? Clifton Wharton, Jr. did in the 1940s and then combined careers in business, education, foreign economic development, and philanthropy. He then became the first black student to earn an M.A. degree in International Studies from John Hopkins University and the first black student to receive a PhD in Economics at the University of Chicago.

Wharton broke barriers in nearly every stop he made in his life. At Harvard, he became the first black announcer on the campus radio station and the first black secretary of the National Student Association.

A few stops after graduating from Harvard and John Hopkins, Wharton became the President of Michigan State University in 1969, the first black president to head a major university. Wharton served as President for nine years before becoming the Chairman of the Rockefeller Foundation and then CEO of Teachers Insurance and Annuity Association and the College Retirement Equities Fund (TIAA-CREF), a Fortune 500 company in which he was the first black CEO. He remained in that position until 1993 when he became Deputy Secretary of State in the Administration of President Bill Clinton.

Wharton has authored a book as well as numerous articles on topics such as agriculture, poverty, leadership, diplomacy, national security, and investing.  He has also received several honorary doctorates. In 1994, he received the American Council on Education’s Distinguished Service Award for Lifetime Achievement.  Dr. Wharton is a member of Sigma Pi Phi fraternity.

Wharton and wife Dolores, a retired corporate director and foundation executive, have been married since 1950. They raised two sons and reside in New York City.