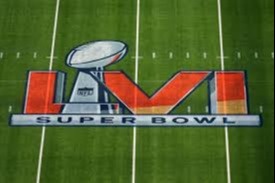 As exciting as the finish of this year’s Super Bowl was, sportsbooks across the country had to be excited with the uptick in wagers made on the big game.

BetMGM said a record number of first-time users signed up to its app on Sunday, and that it handled twice as many bets as it did during last year’s Super Bowl. According to Adam Greenblatt, BetMGM’s Chief Executive Officer, New York accounted for the most digital bets of any state in the country. Penn National Gaming also reported a record number of total bets taken and amount of money wagered on its Barstool Sportsbook platform.

GeoComply, the geolocation group, reported on Monday that it had identified more than 80.1mm transactions related to the Super Bowl over the weekend, well over double the number for the 2021 Super Bowl.

With numbers expected to be released this week, the American Gaming commission expected 31 million Americans to bet $7.6 billion on the big game, which would be an 80 percent increase from last year. For example, DraftKings did not comment on how much they took in, but they paid out $175 million after Sunday’s game.

if you win more than $600 for a sports wager and the amount is 300 times the original bet, the payor is required to withhold 24% of your winnings for federal taxes.

Also, be aware that your final tax bill could be higher or lower than the amount withheld by the casino or a separate payor, depending on your other income and a variety of other factors. And even if no tax is withheld, you’re not off the hook for claiming that income on your IRS return. One way to reduce what you owe on your winnings is to write off your gambling losses. Be aware, though, that you’d need to be able to back up your claims with documentation if the IRS were to ask for proof.