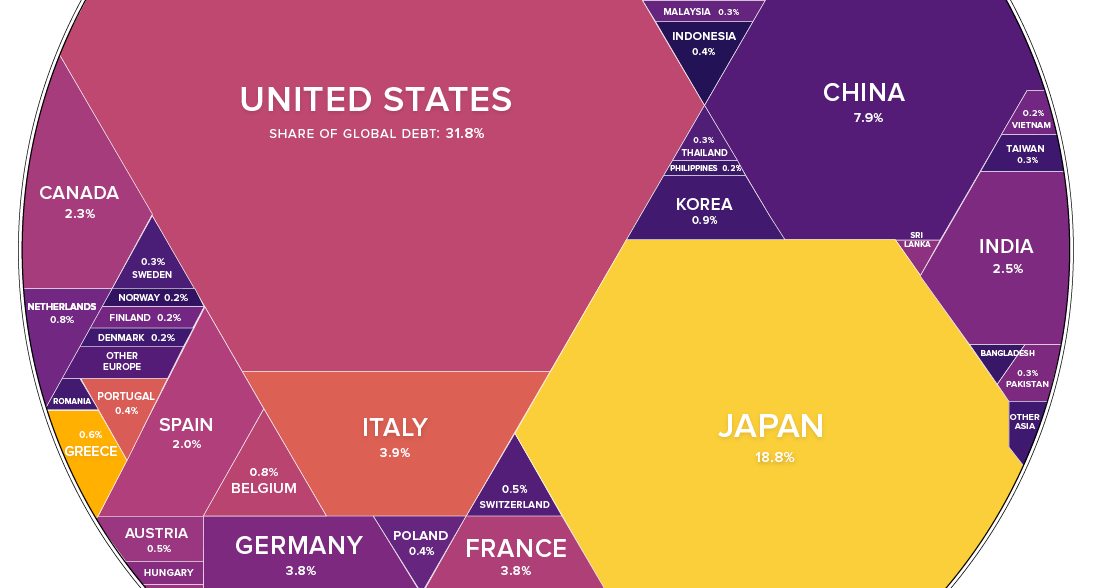 Ever stop and wonder what total government debt looks like globally? Perhaps broken down by country in a colorful infographic that is both aesthetically pleasing and mentally stimulating? What a crazy coincidence because we were wondering the exact same thing.

Back when we were partying like it was 1999 and getting ready for Y2K to wipe our bank accounts and computers, total government debt was estimated to be around $20 trillion. Just 20 years later (and one Eagles Super Bowl Championship) that number has tripled, and the IMF calculates global debt load at $69.3 trillion – with a debt to GDP ratio of 82% (the highest in human history). So don’t feel so bad about running that Amex balance. In partnership with our friends at www.visualcapitalist.com, we think you will find the attached infographic enlightening.

Your Team at The Sharp Financial Group