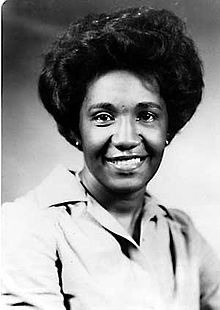 Azie Taylor Morton has accomplished something that no other African American had when President Jimmy Carter elected Morton as his Treasurer of the US in 1977. Her work as a U.S. Treasurer was preceded by many years of public service.

Taylor was born on February 1, 1936 in Dale, Texas. She had no relationship with her father and her mother was deaf and was incapable of speaking, so she was raised by her grandparents.  Morton finished her academic career at Huston-Tillitson in Austin because she was denied access into Texas University’s graduate program because she was African American.

Morton did not let that deter her, as she continued on her path to serve countless others. Morton spent a short time teaching at a state-supported school for delinquent girls after she graduated from college in 1956. After this, she returned to her alma mater to serve as assistant to the president of the college for a short time. In 1957 she applied and was hired as a staff member for the new Texas AFLCIO, a major labor union. She later moved to Washington to serve on President John F. Kennedy's Committee on Equal Employment Opportunity, beginning twenty years of service in the public sector that culminated with her appointment in 1977 as Treasurer of the United States. As Treasurer, Morton was responsible for the receipt and custody of US government funds.

Morton also served on several important foreign affairs committees during her political career. She was a member of the American Delegation to Rome for the Enthronement of Pope John Paul II, and chair of a People to People Mission to the Soviet Union and China. She was also an Election Observer for the Presidential elections in Haiti, Senegal, and the Dominican Republic, and a representative to the first African African American Conference held in Africa.

At home, Morton served on the Austin Housing Authority Board of Commissioners (HACA) from 1999 to 2001. On the PRWeb Web site, James L. Hargrove, Executive Director of HACA said that Morton "was a leading voice in the push for awarding scholarships to low-income residents." Consequently, the HACA set up the Azie Taylor Morton Scholarship Fund after her death, donating $5,000 in her name to provide scholarships for low-income students attending Huston-Tillotson College. Through this scholarship Morton will be remembered as a person who worked across racial, religious, and ethnic lines, and loved working with young people.

Morton married James Homer Morton on May 29, 1965. The couple had two daughters and two granddaughters. Morton passed away only months after her husband in 2003 due to complications of a stroke.